Staying in Abruzzo gives you the opportunity to enjoy wonderful unspoiled landscapes and to do all sorts of recreational activities. This region offers a perfect combination when meeting the needs and desires of every member of the family, whatever their age. From your apartment at Agrimare Barba, you can comfortably plan your travels while enjoying the view of the hillside that meets the seashore. Here are some suggestions as to what to visit during your holiday in Abruzzo.

Three reserves where you can see animals in nature in Abruzzo

Excursions in Abruzzo for a holiday between September and October

Festivals and parties in Abruzzo between April and May

The closest beach, Scerne di Pineto, is pebbly and natural and is just a few hundred metres away from the Agrimare apartments, thus easily reached by car or bike. If relaxing beach facilities are what you’re after, the small seaside towns of Roseto and Pineto are just 5km away, and there you’ll find sandy and fully-equipped beaches.

If you wish to stay within the local area, Torre del Cerrano, one of the most beautiful beaches in Abruzzo and an oasis of calm in a setting of rare beauty, is definitely worth a visit.

Nature lovers wanting to see unspoiled scenery can also go to visit the Borsacchio Nature Reserve, that stretches between Giulianova and Roseto and is only accessible on foot.

For longer stays, however, the Trabocchi Coast is not to be missed. Just under an hour away from Agrimare, there you can treat yourself to a day at one of the beautiful beaches in Fossacesia followed by dinner on one of the distinctive trabocchi.

In addition, you may decide to visit other seaside towns in the area, places that have large sandy beaches include Giulianova, Tortoreto, Alba Adriatica, Martinsicuro and San Benedetto del Tronto.

55 minutes from your Agrimare apartment is the picturesque Gran Sasso and Monti della Laga National Park, one of the biggest natural parks in Italy and home to the highest massif in the Apennines.
Inside the park are stunning hamlets such as Pietracamela, Campotosto, Santo Stefano di Sessanio and one of the highest fortresses in Italy, Rocca Calascio, used as a film set for various movies, from which a breath-taking view can be enjoyed.
To escape the summer heat, why not visit Rifugio Franchetti, a mountain lodge in Prati di Tivo on the Campo Imperatore plateau, at an altitude of 1800m? A popular destination for excursions on foot, on horseback, but especially by bike, making it a well-visited landmark for cycling enthusiasts.

Further south, you can also visit the Maiella National Park, and if you decide to take the road that passes through the park, we’d suggest stopping in Abbataggio, Caramanico Terme and Pacentro.

From Agrimare Barba, many towns in Abruzzo are easy-to-reach, places where you can appreciate our region’s history, art, culture and traditions.
Below are some suggestions:

Approximately an hour away from our apartments is one of the most beautiful hamlets in Italy: Civitella del Tronto, enclosed by the ancient walls of the imposing fortress which is the second largest in Europe both in terms of the length of its walls and surface area covered, and built at an altitude of approximately 600m.
The Civitella Fortress was the last Bourbon fortress to be seized, on 20th March 1861, three days after the proclamation of Italian Unification.
In this village you’ll also find the famous Ruetta, the narrowest street in Italy.
If you decide to visit Civitella del Tronto, don’t miss out on the nearby Gole del Salinello Nature Reserve, one of the most spectacular limestone canyons in the Apennines.

Castelli is one of the oldest towns in the Teramo Apennine district and lies at the foot of the Gran Sasso d’Italia. Castelli is famous for its production of ceramics, an age-old tradition that led to its playing a key role in the history of Italian maiolica (a form of decorative ceramic). This is a hamlet that’s frozen in time, with the majority of its population dedicated to this noble art.

Between the Gran Sasso and Monti della Laga National Park and the Maiella National Park, and about an hour’s distance from Agrimare Barba, is the medieval village of Navelli. Home of the Aquila DOP saffron, in the month of August Navelli hosts the chickpea and saffron festival, and is certainly worth a visit.

About thirty minutes away, you can visit Pescara, the most populous city in Abruzzo, full of attractions and places of interest, such as the stunning Ponte del Mare and the birthplace of the poet Gabriele D’Annunzio.

There are also places of religious interest in the area, such as the Santuario Madonna dello Splendore in Giulianova. If you do decide to visit, we suggest going just a little further to also admire the cathedral of San Flaviano.

As well as walks in the mountains and days at the beach, why not liven up family holidays by going to an aquatic park or by doing something different from the usual?

In Giulianova, 20 minutes from Agrimare Barba, is a playground called Giocolandia, perfect for little ones to play both outdoors, in the company of the farm animals (goats, rabbits, geese, peacocks, hens), and on rainy days (indoors is equipped with a soft play area, an amusement arcade and  a football pitch).

If you prefer to spend the day in the water instead, why not opt for an aquatic park? You have the choice between Acquapark Onda Blu in Tortoreto (35 minutes away) and Aqualand in Vasto (approx. an hour away), both are reasonably close by and are equipped to meet any need or desire: slides for adrenaline addicts, Jacuzzis and sunbeds for a bit of relaxation, and lots of different colourful aquatic games for the kids.

If you’d like a fun day out on a shorter stay, you could try the seaside aquatic park Lucky Water Fun in Roseto degli Abruzzi.

In Abruzzo, the summer is a season packed with all sorts of events: feasts, town festivals, concerts.

To try some of the specialities Abruzzo has to offer, there are numerous food and wine events that you can attend in the neighbouring towns – for example, the traditional wine, sausage and sheep’s milk cheese festival that takes place every year in Torano from 12th to 17th August.

If you’d prefer to stay in the local area instead, you could visit the Calici e Musica markets, or savour an excellent homemade beer at Attenti al Luppolo in Giulianova while enjoying one of the concerts organised by the pub every Wednesday and Thursday evening during the summer months.

In addition to the many feasts and town festivals, don’t miss out on the music festivals in Castelbasso and Pineto (Pinetnie Moderne).

For those that love night life, it’s worth popping over to Alba Adriatica and enjoying a walk along the seafront, which offers a wide choice of beach chalets, pubs and bars, where you can spend the summer evenings with friends. In August, there’s the amazingly colourful summer carnival in which creative floats and people in costume parade along the seafront.

Another location not to be missed is Corso Manthonè in Pescara, packed full of pubs, small restaurants and bars, and which is full of life at night time.

Lastly, if you like to see the small hours of the morning, take advantage of the various ‘White Nights’ organised on the Adriatic coast. In other words, you’ll never get bored in Abruzzo! 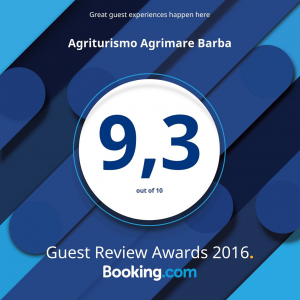